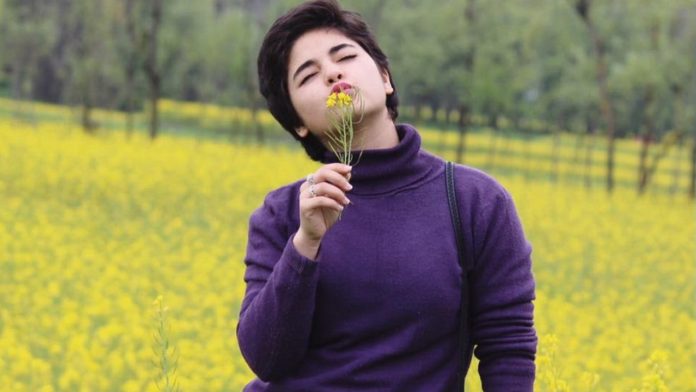 Dangal Girl Zaira Wasim had a pathetic experience on an Air Vistara flight on Saturday.On the flight from Delhi to Mumbai, a “middle-aged man” reportedly brushed his feet repeatedly against her back and neck while she was asleep. After realizing what he’s doing, Zaira tried to record his actions, but she couldn’t because the lights were dim.

Somebody misbehaved with her in the flight 😤 Strict actions must be taken on this incident 😡 OMG she is Crying 😢 We are with you @zairawasim_ .#share . . . . . . . #repost #flightattendant #misbehaving #terrible #actions #kashmir #india #indian #fools #live #zaira #zairawasim #bolllywood #video #viral #follow4follow #like4like #airport #fans

Air Vistara and the National Commission of Women responded to Zaira’s experience and assured her that immediate action will be taken.

We @airvistara have seen the reports regarding @ZairaWasimmm experience with another customer on board last night. We are carrying out detailed investigation and will support Zaira in every way required. We have zero tolerance for such behaviour.

NCW has taken cognise of reports wherein @ZairaWasimmm was molested by a fellow passenger on board @airvistara. The Commission will be calling the airlines to get a details of what transpired and action taken by them in the matter. https://t.co/Bi3c5GoGqL