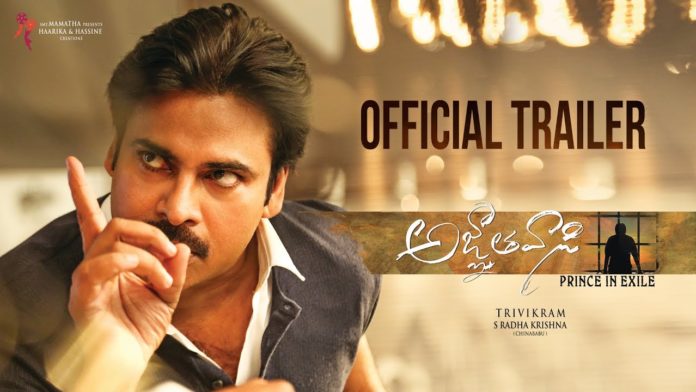 Agnyaathavaasi (lit. Prince on An exile) is an upcoming 2018 Indian Telugu-language film directed by Trivikram Srinivas and starring Pawan Kalyan, with Keerthy Suresh, Anu Emmanuel, Kushboo, Aadhi Pinisetty and Boman Irani in supporting roles. The film began principal photography on 3 April 2017. Bollywood actor Parag Tyagi is debuting in this film as a villain. The film was under the working title PSPK25 and the name was revealed on 27 November 2017.This Film has done a Pre Release Business around 150 Crore Which is Second Highest after Baahubali.

Mahesh Babu And Wife Namrata Sealed With A Kiss