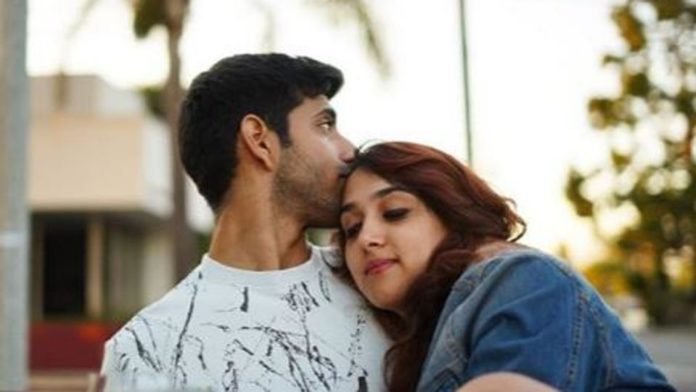 Aamir Khan’s daughter Ira Khan sent the grapevine into a tizzy when she took to her Instagram account to share images with a musician called Mishaal Kirpalani. Netizens immediately jumped to the conclusion that both were a couple.

Both are now enjoying spring break in Santa Barbara, California when their Instagram posts are anything to go by. Ira Khan’s Instagram story Mishaal also shared a picture with Ira on his Instagram account before today.

The candid click was captioned, “Used to not be allowed in the building. But now we on the rooftop.”

Last month, Ira called Mishaal her Valentine within an Instagram post. “HAPPY VALENTINE’S DAY!!! I guess I have a type. They all sing amazingly and are beautiful people,”.

On Koffee With Karan, Aamir revealed his children Junaid and Ira were interested in pursuing a career in the movie industry. He added that although he’s supportive of their dreams, he’ll be brutally honest when they can’t act and won’t”actively do anything to support” them if they are not deserving.

Hope your Spring Break was sunny and smiley as @mishaalkirpalani's, which of course, I piled onto ❤❤❤ 📸 @sahirahoshidar

“When Junaid explained he wished to go and train as an actor, the very first thing I said was, look, you need to follow your heart and do what you would like. However, if the time comes that you take your initial step as a celebrity, if I believe that you aren’t great enough, I will inform you that in your face and I won’t knowingly do anything to encourage you’ Because that will be unjust for the film and it will be unfair to the audience. If you’re good, then you’ll get opportunities. Perhaps out of me, perhaps from others. This goes for Ira too,” he said.

Speaking about Ira’s Bollywood dreams, Aamir said, “I’m not quite certain exactly what she has in mind but I suspect she likes the world of cinema and filmmaking. So perhaps that’s where she’d like to go, I don’t know.”

Also Read: Aamir Khan Got Trolled For Posting A Picture With His Daughter Ira Khan