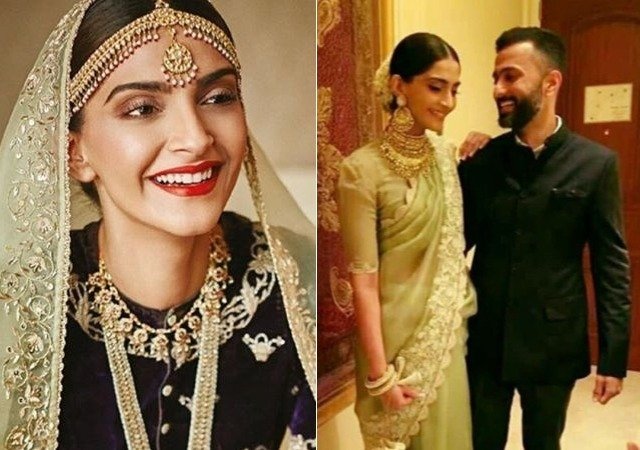 Sonam Kapoor is all set to marry with longtime boyfriend Anand Ahuja and B-Town is eagerly waiting for one of the most anticipated weddings of this year. Tough her family has been trying to keep it secret wedding but it’s all out in the open. The actress is going to tying the knot with her beau Anand Ahuja next week in Mumbai and everyone’s super excited about it.The wedding preparation has already begun. Sonam Kapoor marriage is going to be in a perfect Bollywood style.

Have a look at Anil Kapoor bungalow’s decoration

The excitement for #sonamkishaadi begins. #sonamkapoor mom overlooks the decorations at her home today #suneetakapoor

Other celebs who are close to Sonam are also super excited about her marriage and Rehearsals are in full swing. Karan Johar is quite close to Sonam and is, of course, one of the celebs who will be seen performing at Sonam’s sangeet ceremony. Buzz is, that the Dharma Productions head honcho will be seen shaking a leg on the title track of the Sonam-Salman Khan starrer Prem Ratan Dhan Payo.

You may also like: Sonam Kapoor’s Sexiest Look Ever

With this, the couple is also busy in sending e-invites to the guests instead of an actual printed card as they want to save paper, which is a great idea…!!

Stay tuned with us for more upcoming updates..