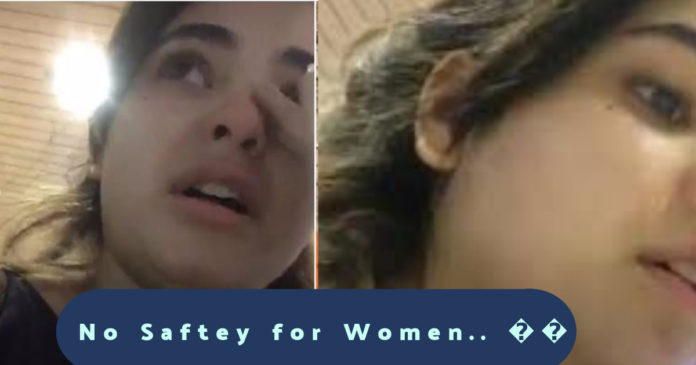 Dangal girl Zaira Wasim had an ugly experience on her way to Mumbai from Delhi. Zaira Wasim travelled with Vistara airlines when this incident happened.

Zaira Wasim narrated this horrifying experience on an Instagram story and also posted a video where she was in tears.

“So I was in a flight travelling from Delhi to Mumbai today and right behind me one middle-aged man who made my 2-hour journey miserable.”

“It was all chill till I felt somebody brushing against my back while I was half asleep.”

I ignored it the first time. Blamed the turbulence for it. Until I woke me up to this PLEASANT SIGHT of his BEAUTIFUL foot rubbing my back and neck.”

“Guess he couldn’t sit like a civilized human being and placed his foot on my arm rest while he’s fully phelaoed his body on his seat”.

“It continued for another 5-10 minutes and then I was sure of it. He kept nudging my shoulder and continued to move his foot up and down my back and neck.”

“I tried to record it on my phone to understand it better but because the cabin lights were dimmed, I failed to get it.”

We @airvistara have seen the reports regarding @ZairaWasimmm experience with another customer on board last night. We are carrying out detailed investigation and will support Zaira in every way required. We have zero tolerance for such behaviour.

Mumbai police on Sunday filed an FIR.The case has been registered under Section 354 (assault or criminal force to woman with intent to outrage her modesty) of the Indian Penal Code (IPC) and the POCSO Act.

Stay tuned for more details and updates on Bollywood happenings.