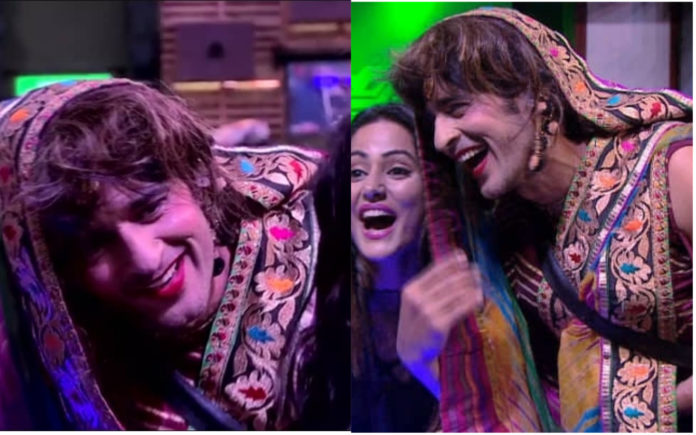 In Latest Big Boss 11 episode Hiten Tejwani will be seen in a saari. In their BB Lab task, Vikas, Shilpa, Luv, and Arshi become robots while Hina, Priyank, Hiten, and Akash take on the role of Karamcharis.

Hiten Tejwani surprises everyone as he reveals his new personality to win the task and gets the avatar of Arshi Khan and is seen dressed up in one of her Saari.He tries to make robots Vikas, Shilpa and Arshi laugh and they appreciate his attempt at making them laugh…

Woah! @tentej has an exciting plan to make the robots laugh! Did you expect that from him? Catch all the drama tonight at 10:30 PM. #BB11 #BBSneakPeek pic.twitter.com/qdDTyU0CCv